It’s September – school is starting up, summer is winding down, and our ThinkShout Cares campaign has come to a close.

But in truth, it’s just the beginning.

Like many good ideas, this one was born over a round of beers at a conference last spring. Our new t-shirt designs, which focused on diversity and inclusion in response to the current political climate, were a huge hit. So, I joked, why not sell them year round? It’s one thing to get free swag at a conference, it’s entirely another to buy something on your own time and dime. Then someone else suggested to have all proceeds benefit a nonprofit, so the incentive for making a purchase goes well beyond just getting a cool shirt. Now this was getting interesting, but we still had a major obstacle: who would design the shirts, build the website, run the campaign, and fulfill the orders?

This last piece of the puzzle fell into place when we brought on our incredible class of interns, two of them from the Emerging Leaders Internship program. The ThinkShout Cares Campaign gave them experience in all aspects of a project, from designing the shirts to fulfilling orders. We chose p:ear, an incredible organization right in our neighborhood who creatively mentors homeless youth, as our partner and beneficiary.

We like to say that ThinkShout is a platform for good. It’s why we exclusively partner with mission-driven organizations. It’s why we’re a B-Corp and signatories to the Tech Town Diversity Pledge. It’s a driving force behind our growth. The ThinkShout Cares campaign is one example of how a business can do good that we’re all proud of. Our interns gained valuable experience and p:ear received a modest donation. 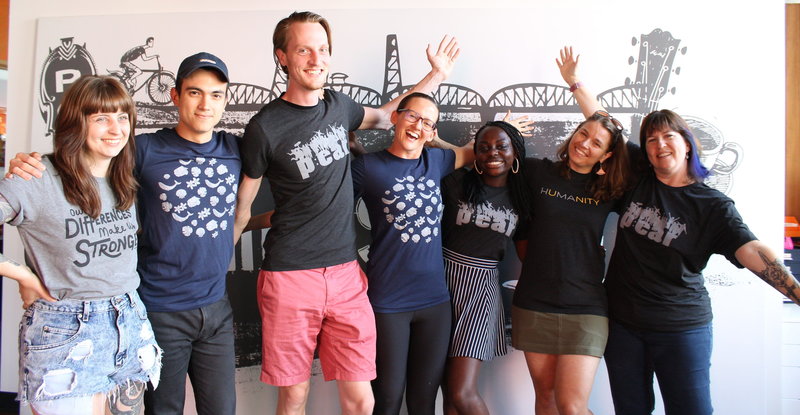 As for the ThinkShout team? Well, we can say with absolute certainty that this project was a bright spot in a summer that sorely needed one. It’s not a bad story to share, either!

ThinkShout hired three interns from the Emerging Leadership Internship program (ELI). This program connects students from underrepresented communities to businesses in Portland. We were thrilled to welcome Myisha, Katrina, and Alejandro to our team.

These individuals were immediately thrown into work that involved technologies, platforms, and deliverables that had previously never crossed their paths. It was a situation that, for many of us, would cause great stress and anxiety; and they faced it with great aplomb.

While Myisha, Katrina, and Alejandro’s time at ThinkShout was temporary, their impact on our team has been permanent. They injected an energy to our office; and their humor and warmth has been missed since they departed to start school again in their respective locations. But we’ll be following along in their journeys to see all the wonderful things they do – because their time at ThinkShout was just the beginning! 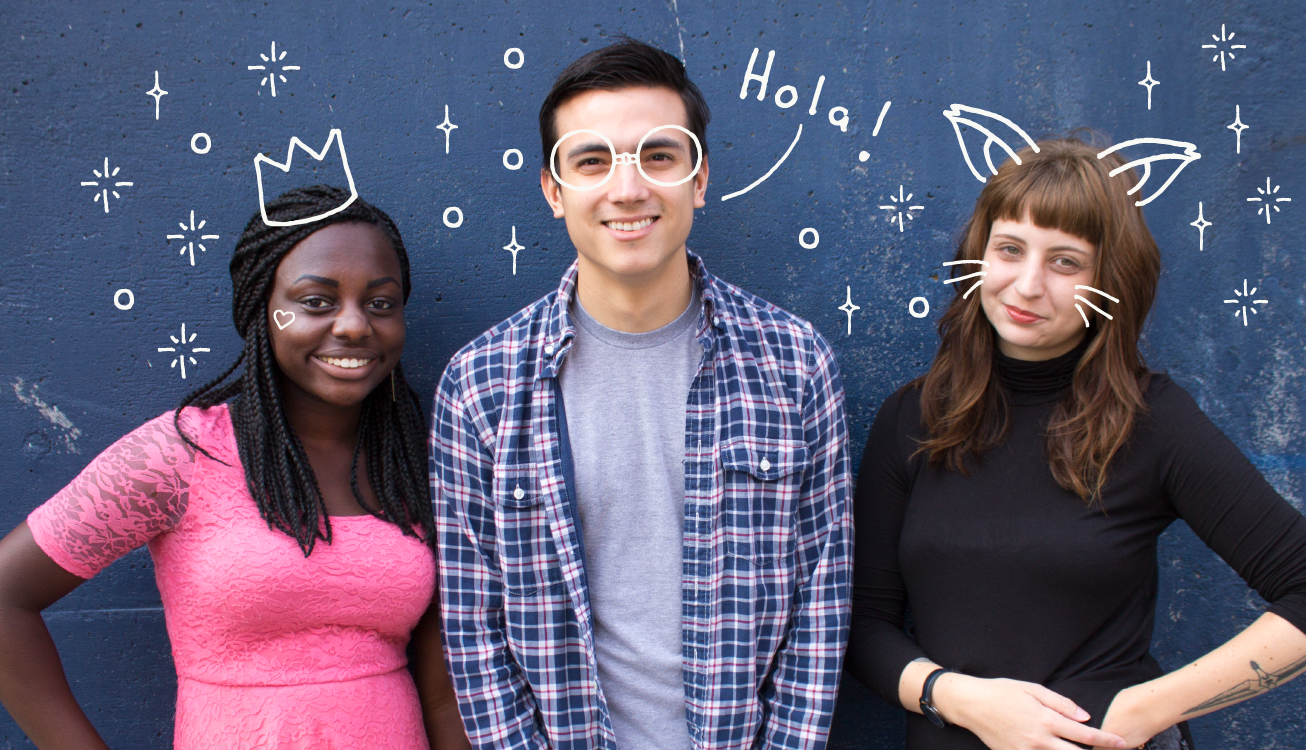 ThinkShout has had an ongoing relationship with p:ear for some time now, including a pro bono project to help with their online engagement. We believe in their mission; that in giving an individual a purpose, respect, and a safe space in which to develop skills and talents, they can thrive and contribute back to society in meaningful ways.

At the start of this project, our interns met with p:ear students to brainstorm ideas for a t-shirt design for the campaign. It was a great opportunity to engage and put them in direct contact with the core of what p:ear is about: helping homeless youth thrive and succeed. In the end we created two designs that represented the heart and soul of this campaign.

We ended up raising $1,000 for p:ear! Money that will go towards art supplies, the barista school, and daily meals served at their facility.

The Future of ThinkShout Cares

We embarked on this journey hoping to provide something of value to everyone involved: our interns would have truly meaningful work and gain valuable experience; p:ear would receive additional funding in the summer months – a time notoriously difficult for fundraising; and the ThinkShout team would learn from, and be inspired by, our partners.

What we ended up with was a living, breathing campaign that we see a future in, and we hope to revive ThinkShout Cares again to benefit another local organization impacting the community in which we work in and live.

Tags: Community Culture Diversity Interns Philanthropy ThinkShout Cares
The WYSIWYG is a Lie
How to Lead a Retrospective for a More Successful Project