When I started at nonprofits, giving online was seldom utilized. So much so, that we would manually enter the donations into our CRM one by one from a printout. That was in 2004 when data syncs from online platforms to your legacy database were not a thing. People were skeptical about banking online and making purchases through a website. In fact, texting was still relatively new (holler if you had a flip-phone!), Facebook was in its infancy, and we were 3 years away from Twitter being ubiquitous in our lives. iPods had just starting popping up and looked like this: 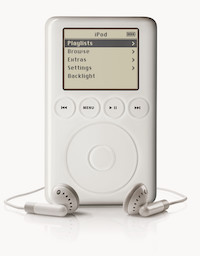 It was a simpler time in a lot of ways, but in the last 14 years our lives and the technology in them have evolved at a rapid pace. And despite any early concerns we had about online commerce, we have adapted. Now, we don’t give a second thought to paying for something with one click and having credit cards stored on Amazon or other services. Those same risks still exist on some level, but by and large, our lives are made easier because of the internet. Information is more accessible, and we’re no longer resistant to the convenience that comes with it.

Several years ago, circa 2008, giving by text was introduced as a new method for frictionless giving. It too, was met with hesitancy by consumers who didn’t want their precious direct line out in the world, making them accessible at all hours. Text to give also had some hiccups on the nonprofit side — the promise of immediate funds was met with the fine print of waiting until someone paid their phone bill and was still feeling generous enough to include the donation. The transfer of donor data wasn’t perfect either. But over time they’ve worked out those issues, and it remains a method for organizations to rally support.

Just under 50 nonprofits are registered with Alexa, so far reporting varying degrees of success with the tool. But if experience has taught us (or at least, me) anything, it’s that technology like this will hit a tipping point, and it will happen faster than we can predict.

These breakthrough technologies are not just for millennials and early adopters, either. Alexa (or Amazon Echo, if you prefer to use its proper name) is taking off with baby boomers. As many as 51% of those 55 and older have said a top reason for using their voice activated speaker is “it empowers me to instantly get answers and information.”

If you’re a fundraiser, the above statement probably gave you major dollar-sign-eyes.

As with all new technologies, there will be bugs and phased improvements. The Chronicle of Philanthropy reported that obtaining donor data such as email won’t be entirely seamless.

“Groups can download donor data through an online portal and upload it into their systems manually — a step most nonprofits would rather avoid. They get a supporter’s name, street address, and email address, according to Amazon.”

When I read that, I think back to 2004 me, entering online donations manually. The parallels in giving by voice to the birth of online giving are evident.

For now, if you want the donor data synced directly into your database, Amazon says you’ll need a savvy programmer to make that happen. (Luckily, ThinkShout has a few of those on hand should you need it ;) )

We’ve seen how quickly society adapts to things that make their lives convenient. Some think the trend of voice-activated giving will be slow to catch on. But all it takes is one major episodic event, or a well placed call to action in an ad on a podcast to inspire someone to give; and the wave will be swift and fast. Will you be in that lane when the light turns green, or left in the dust?

It will be interesting to see how this tool is employed this coming holiday season and in the coming year(s). I’m excited to see if the next newsletter I receive in the mail not only includes a custom URL for online giving, but also some language around donating by Alexa/Amazon Echo at the close of an impactful story. Because remember: the channel of action doesn’t necessarily represent the channel of inspiration. Give your donors options to give in the ways that they want, in the ways that are convenient for them. Don’t shut doors to your mission that are available pathways, open them.

Here are some FAQs on Alexa Donations with Amazon Pay; and here is a list of current charities using Alexa. If you’re ready to jump on board, I applaud you! And if you want some help in the process, ThinkShout is here to craft that compelling ask or work out your data woes.