An Iterative Website in Support of Coalition Movement Building

Democracy is premised on the idea that equality of voice can overcome inequality of resources. Yet in recent decades, democracy in the United States has seen a shift that favors the power of private ownership at the expense of the power of public citizenship. The Ford Foundation, Community Change, the Center on Democracy and Organizing, Dēmos, and the Open Society Foundations, launched a new learning series called Realizing Democracy to bring people power and resources to correct for that shift.

Building a website for a single event, with an audience of about 200 key players and stakeholders.

We created a digital home for the project in tandem with a communications plan that was designed to go deep with a specific audience. We needed to make sure that people knew the site was there, and bookmarked it as a reference to return to.

Key players engaged with the site and the content surrounding the event. The activity that was happening before the flagship event was sustained afterwards through Twitter, Facebook, and email.

Understanding that this project was centered around one event, we designed a thoughtful and intentional website that would be useful in disseminating information to attendees, and that left them feeling prepared and excited.

We prioritized ease of access to needed information for those attending this event. A multimedia filled homepage let users land in an engaging place where they could find contextual and shareable information. This included timely articles, a featured art series, and tweetable quotes to help build connection before the event date. An easily navigable menu provided users with the ability to further their understanding of the goals of this summit, find sponsors, and find information on past events. 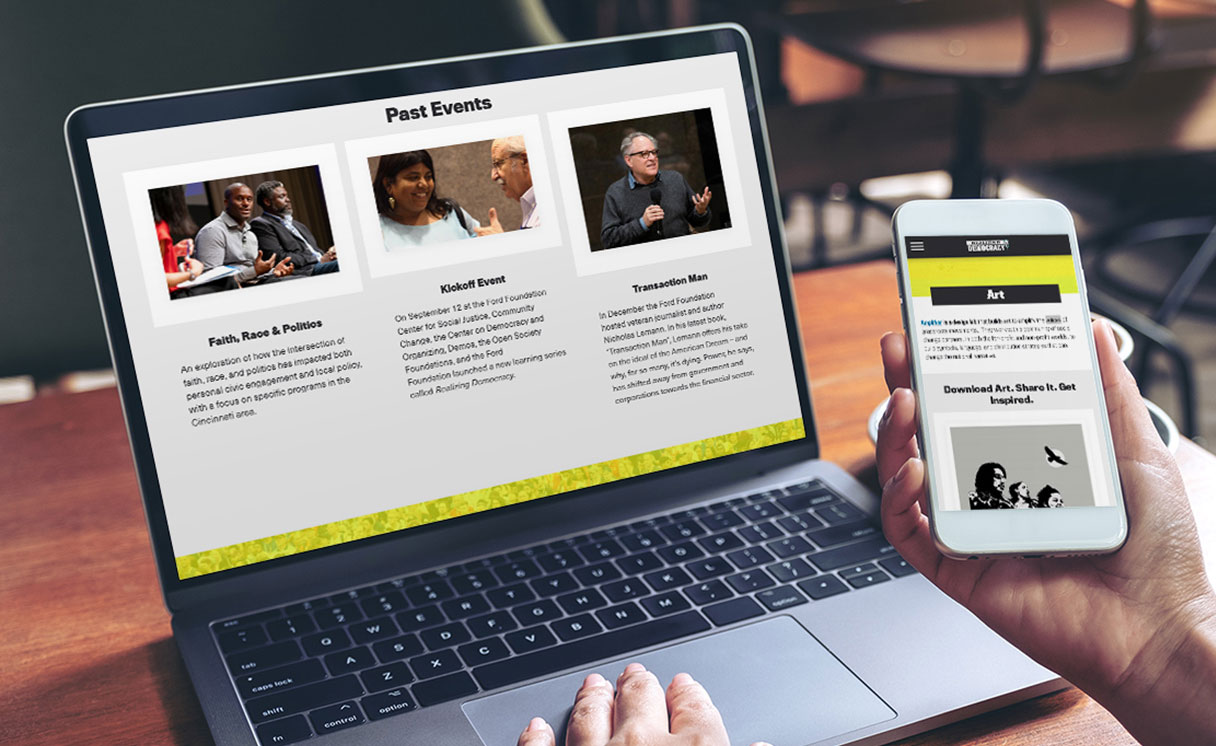 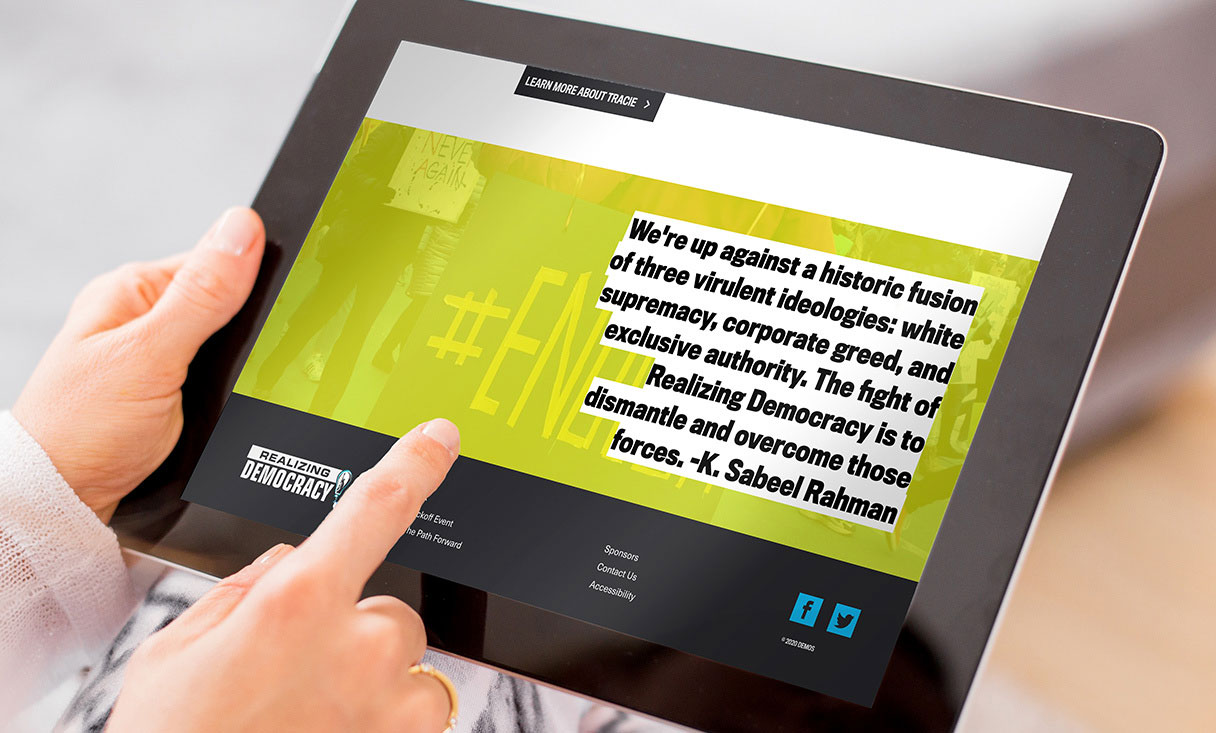 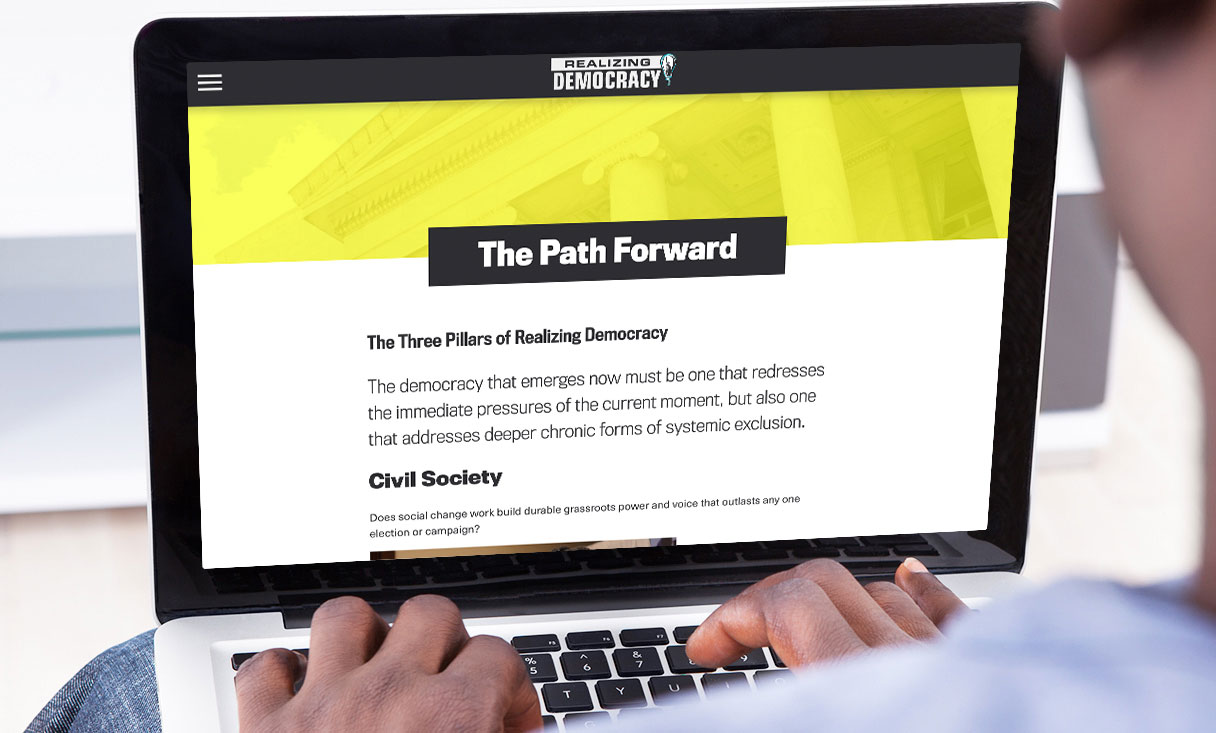 Simultaneous with our website build out, we developed an in-depth communications plan in order to build and maintain a sense of community – even after the kickoff event was over.

Prioritizing engagement was key in developing a successful plan. The result was a social media toolkit filled with handles, hashtags, an asset library, drafted posts for various social channels, and a posting schedule. This allowed attendees to easily find content related to this event and to keep communication going post-event. 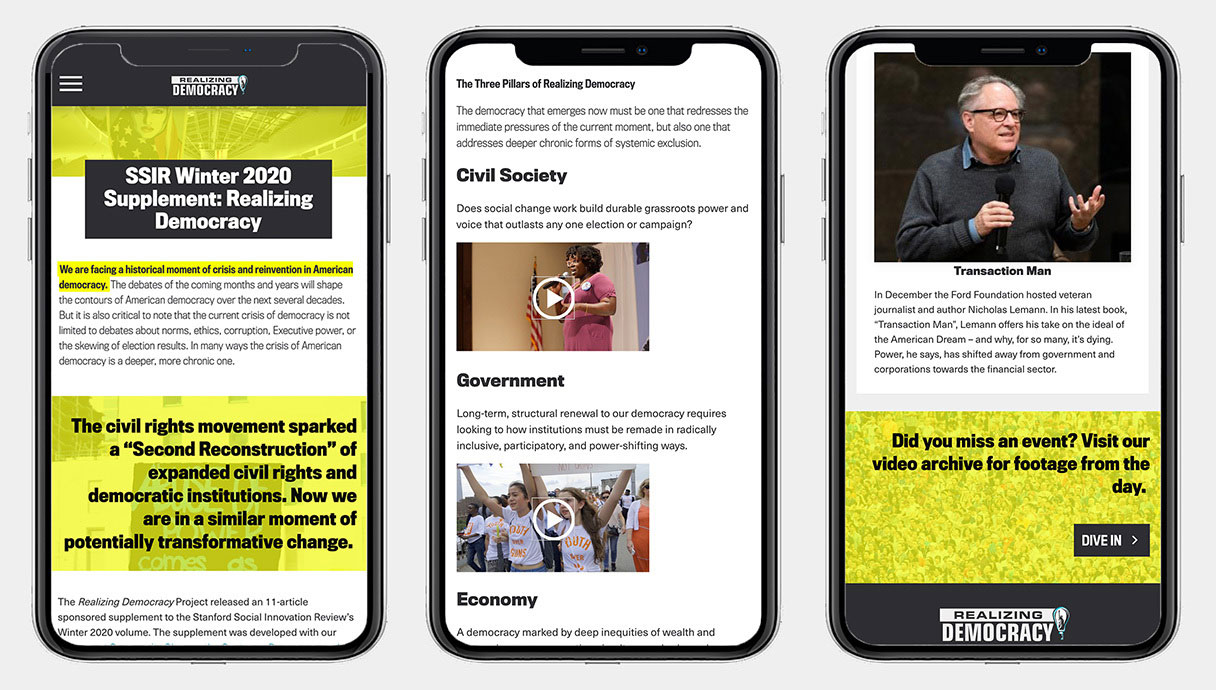 If you build it, they won’t come.

We prioritized making a succinct communications plan in line with the website in order to ensure all attendees had access to the information they needed. Focusing on depth, rather than reach, helped streamline this process to successfully engage with our target audience. It also allowed the organizers of this event to create a new strategy that they’ll be able to implement for future events.

“Working with ThinkShout was a dream. From our first conversation, they were committed to understanding the short-term needs of our project as well as the long-term intent and impact, setting us up for success down the road while checking every single box we needed to hit a series of intense, hair-on-fire deadlines. On top of all that, every person on their team comes to conversations with energy and kindness, totally prepared to do their best work to help bring our ideas to life. Couldn’t imagine building a project without them.”

~ Kevin Simowitz, Organizer and Political Consultant for the Ford Foundation